Updated version of the previous article.

Penrose was awarded the Nobel Prize in Physics for developing mathematical methods that proved and expanded Albert Einstein’s general theory of relativity, as well as for his discoveries on black holes, which demonstrated how objects that become too dense undergo gravitational collapse into singularities – points of infinite mass.

As he won the Prize, Penrose reaffirmed his belief in “a crazy hypothesis of mine” that the cosmos will expand until all matter decays. After that, a second Big Bang will create a new universe.

“The Big Bang was not the beginning,” Penrose said in an interview with The Telegraph. “There was something before the Big Bang and that something is what we will have in our future. “What proof does the physicist have for this theory he dubbed “conformal cyclic cosmology” (CCC) that goes against the current Big Bang dogma?

He claimed to have identified six “warm” sky locations (dubbed “Hawking Points”), each around eight times the diameter of the Moon. Professor Stephen Hawking, for whom they are named, theorised that black holes “leak” radiation and eventually evaporate. Because this could take longer than the age of the universe we live in (13.77 billion years), finding such holes is extremely unlikely.

Penrose (89), who worked with Hawking, believes that we can see “dead” black holes left by former universes or “aeons.” This, if confirmed right, would validate Hawking’s theories.

The physicist’s 2020 research, published in the Monthly Notices of the Royal Astronomical Society, provides evidence of “anomalous circular regions” in the CMB that have elevated temperatures. The spots were discovered using data from the Planck 70 GHz satellite, which was confirmed by up to 10,000 simulations. Penrose’s 2018 article identified radiation hot spots in the CMB that could be caused by evaporating black holes.

In a 2010 article, Penrose and Vahe Gurzadyan of Armenia’s Yerevan Physics Institute discovered support for cyclic cosmology in the CMB’s uniform temperature rings. The scientists proposed at the time that the rings were produced by gravitational wave fingerprints from merging black holes in a universe before ours.

These views are divisive among cosmologists, with some pointing to the difficulty of converting an endlessly large cosmos in one aeon to a super-small one in the next. This would imply that as the cosmos ages, all particles lose mass.

Penrose’s most recent publication, titled “Apparent evidence for Hawking points in the CMB Sky,” can be found here.

Check out Penrose’s ideas on the quantum-level origins of our awareness for another fascinating theory. 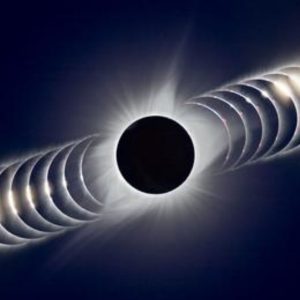 Hybrid solar eclipse: Everything you need to know about the rare and strange phenomenon (Video) 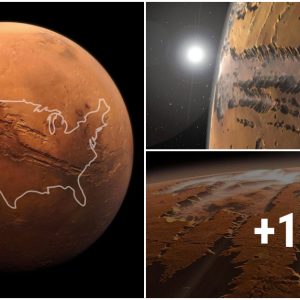 This is Valles Marieris, and it is one of the Solar System’s largest cayos. It’s deeper than the Grand Cayo, and its length encircles the United States…

The Big Bang May Have Created A ‘Mirror Universe’, Where Time Runs Backwards

In November 2018, three physicists from the prestigious Perimeter Institute for Theoretical Physics, in Waterloo, Canada, proposed an extraordinary idea: from the Big Bang not only the…

BREAKING: Astronomers find the fastest nova yet — and it never stops wobbling

The unusual nova may give information on how star explosions populate the solar system and the universe as a whole. Matter stolen from a partner star flows…

Scientists Find ‘Evidence’ of Another Universe Before Our Own