Skip to content
Home UFOs Somebody Else Is On The Moon: NASA Has Kept A Secret For A Whole Generation

Since ancient times, people have studied the Moon with the gaze of a researcher, hoping to see something unusual, unearthly. What awaited a man on the moon in the early 60s of the last century was contained in the so-called Brookings Report.

In this work, in fact, the discovery of evidence of an extraterrestrial civilization on the moon was predicted.

There was the prospect of mastering the scientific and technological achievements of an off-earth civilization that was on the moon.

In 1977, a book was published in the UK by George Leonard: “Somebody else is on the Moon”. Who is hiding under the pseudonym of G. Leonard? Is unknown.

In any case, this is a well-informed person who managed to gain access to extensive, including top-secret, information.

Thirty-five photos, each of which is accompanied by a NASA code number, dozens of detailed drawings made, according to the author, from high-quality large-format NASA photographs, are published in this book, the statements of experts and an extensive bibliography lead the reader to a stunning conclusion: NASA and many world-famous scientists have known for many years that signs of intelligent life have been found on the Moon. But the information about this is carefully hidden.

The world community did not attach much importance to this book, considering the materials in it to be unproven.

But at the beginning of 1996, sensational, fantastic information — on the Moon there are traces of the oldest and clearly extraterrestrial civilization, was confirmed.

The news was announced in Washington at a press conference by Ken Johnston, the former head of NASA’s Lunar Laboratory photo service, as well as several other former NASA engineers and scientists.

Ken Johnston told about what was carefully hidden from the world community for 40 years.

The astronauts of the Apollo missions discovered architectural and technological traces of an ancient civilization on the moon and photographed them.

In addition, the astronauts discovered a previously unknown technology for controlling gravity (perhaps they have mastered the technology of anti-gravity).

Ken Johnston told how his superiors at NASA ordered him to destroy these images during the Apollo program, but he kept them against orders.

Johnston showed the press some of those photos. They depict evidence of an extraterrestrial civilization. What did the startled journalists see?

The footage showed the ruins of cities, huge spherical objects made of glass, stone towers and castles that hang in the air, and even the head of a robot.

According to Johnston, the Americans brought something to Earth that NASA had kept secret for a generation…

There have indeed been several discoveries on the moon that have baffled geologists, including the discovery of an orange glass pyramid, the origin of which still cannot be explained. There must have been something else found that we don’t know about.

After this conference, other whistleblowers in the ranks of NASA published many of the same revealing lunar images on various sites of the Space Agency. These are photos with excellent resolution.

Thanks to the Internet, people all over the world, including ordinary citizens, were able to see these amazing pictures completely unhindered.

Has NASA Been Hiding The Real Moon All This Time?

After this sensational press conference, an interview with NASA consultant, founder, and chief researcher of the Enterprise Mission organization, Richard Hoagland (he acted as a scientific consultant for CBS News at the NASA Jet Engine Laboratory during the Apollo 11 mission), appeared.

It was he, along with Johnston, who released this secret data. Here is his opinion about the discovered civilization:

“I believe that the Apollo project confirmed the existence of an amazing, ancient, but still human civilization on the moon. Our ancestors laid it down, it’s scary to think in which knee.

But we have been able to release only a small part of the information that NASA has received about an ancient, long-lost human civilization, which indicates that man once inhabited the entire Solar System.

This is evidenced by data obtained from Mars, they are also classified by NASA. Are you asking if the ruins of the “new Atlantis” have been found on the moon? Well, to begin with, I think it would be more correct to say “old Atlantis”.

The advanced science of that civilization made it possible to travel from Earth to the Moon thousands (or even millions) of years ago and build structures therefrom a material that resembles glass. This can be judged from the published materials.

After all, there is an ancient Egyptian myth about the god of wisdom, Thoth, who supposedly descended from the Moon and taught man language, writing, architecture, and so on.

To confirm the veracity of the theory of the existence of a civilization on the Moon or to refute it is possible only together, by combining the efforts of several countries. It is necessary to go to the moon as a joint expedition.

What Technologies Were Used On The Moon?

Johnston and Hoagland wrote and published the book “Dark Mission: the Secret History of NASA”, trying to introduce the whole world to the real story that awaits everyone on the Moon.

They write that some of the technologies found on the Moon indicate a high level of development of technical thought.

The Soviet Union sent an all-terrain vehicle to the moon, which also took pictures of an ancient civilization. But after a thorough analysis, they were classified.

Thus, information about the existence of ruins of buildings built by an extraterrestrial civilization, as well as technologies (and all this can be found not only on the Moon but also in other worlds within the Solar System), was hidden not only by NASA but also by the Soviet government.

There was even an effective spread of information, the opinion that Americans had never been to the Moon, and the episode with the landing of an American astronaut was simply – for example-filmed in a film studio. That’s a lie.

Based on NASA’s evidence and analysis, the authors of the book are convinced that this rumor is actually a deliberate “military disinformation”. It’s designed to hide what NASA actually found on the moon and brought back to Earth.

This was in July 1969, when the first astronauts were returning from the moon. Based on what they saw with their own eyes, they are sure that the beginning of that lie — “we have never been to the Moon” — was laid by NASA itself.

What NASA Really Found On The Moon?

It was a kind of insurance so that no one would ever ask the terrible question: “What NASA really found on the Moon.”

The authors believe that the creation of the “myth of the moon” provided NASA with confidence that it will continue to be able to hide everything related to the” failed ” program to study the Moon.

Hide that the astronauts were given secret assignments to report on all the priceless ancient extraterrestrial technologies, samples of which were found there.

Some researchers, including Richard Hoagland, believe that an alien race once used the Moon as a transit base in the course of their activities on Earth. Their guesses are confirmed in the legends and myths of different peoples of our planet.

Many kilometers of ruins of lunar cities, huge transparent domes on massive bases, various tunnels, and other structures force scientists to reconsider their views on the problems associated with our natural satellite.

The origin of the Moon and the features of its motion relative to the Earth is another big question for science.

Some partially destroyed objects on the surface of the Moon can not be attributed to natural geological formations. They have a complex organization and geometric structure.

In the upper part of the Rima Hadley area, near the landing site of Apollo 15, a structure surrounded by a high wall in the form of the letter D.

Currently, there are 44 known areas of the Moon where various artifacts have been found. They are being studied by specialists from the Space Information Bank Center, the Goddard Space Flight Center, and the Planetary Institute in Houston.

In the area of the Tycho crater, mysterious terrace-like workings of rocky soil were discovered. The concentric hexagonal workings and the presence of a tunnel entrance on the slope of the terrace are difficult to explain by natural geological processes.

It’s more like an open-pit mining operation. In the area of the Copernicus crater, a transparent dome is seen rising above the edge of the crater shaft. The dome has a strange feature — it shines from the inside with a blue-white light.

In the upper part of the “Factory” area, there is a very unusual object, even by lunar standards. On a square base, surrounded by walls in the form of a rhombus, there is a well-known disk with a diameter of about 50 meters, with a dome at the top.

Next to it, the image shows a dark circular opening in the ground, similar to the entrance to an underground caponier. Between the Copernicus crater and the “Factory” area is a perfectly regular rectangular area measuring 300 x 400 meters.

The Apollo 10 astronauts took a unique image (AS10-32-4822) of a one-mile-wide object called the “Castle“, which hangs at an altitude of 14 kilometers and casts a clear shadow on the surface of the moon.

It looks like it consists of several cylindrical blocks and a large binding unit. One of the photos of the hanging “Castle” shows its internal cellular structure, creating the impression of transparency of individual blocks of the object.

During the briefing, which was attended by many scientists from NASA, it turned out that when Richard Hoagland again requested the original photos of the “Castle” in the NASA archive, they were not there. They even disappeared from the list of photographs taken by the crew of Apollo 10.

In the archive, there are only intermediate photos of this object, in which its internal structure is not visible

The crew of “Apollo 12” after reaching the surface of the Moon suddenly discovered that their landing took place under the control of a translucent pyramid-shaped object.

It hung just a few meters above the surface of the Moon, shimmering with all the colors of the rainbow against the black velvet of the lunar “sky“. 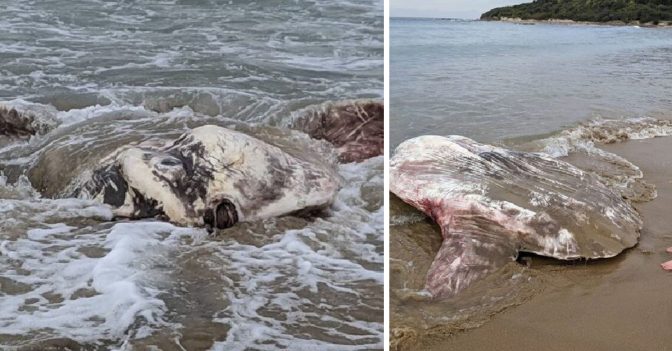 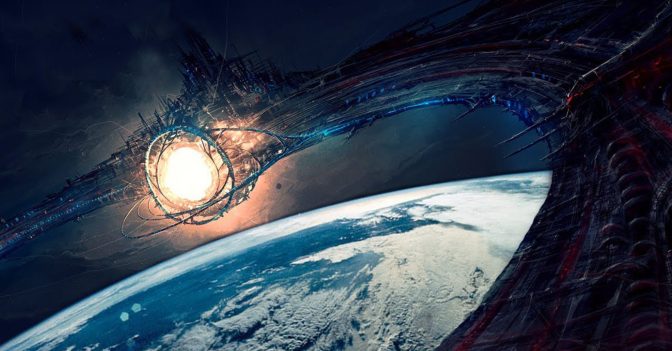 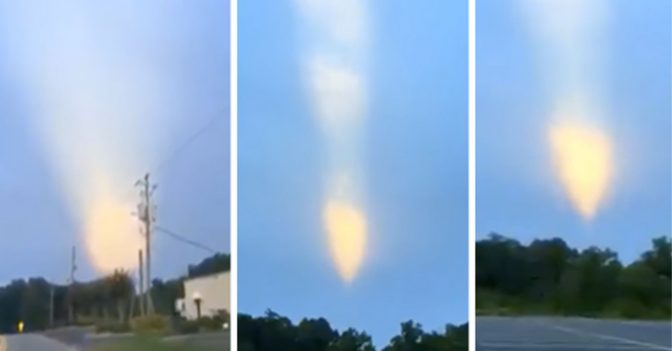 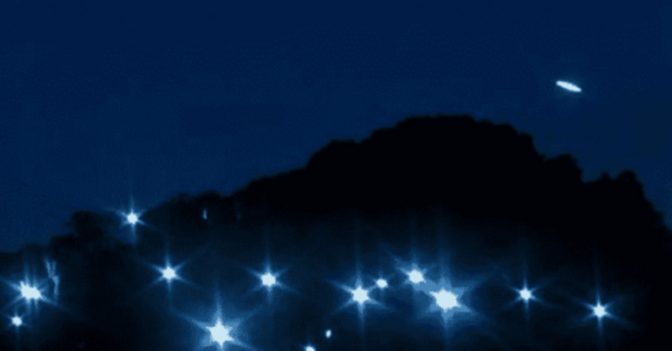 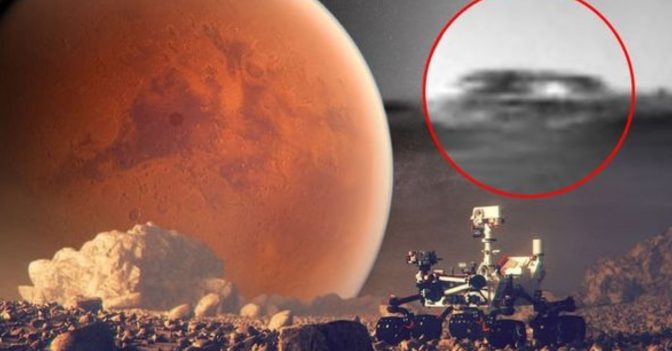 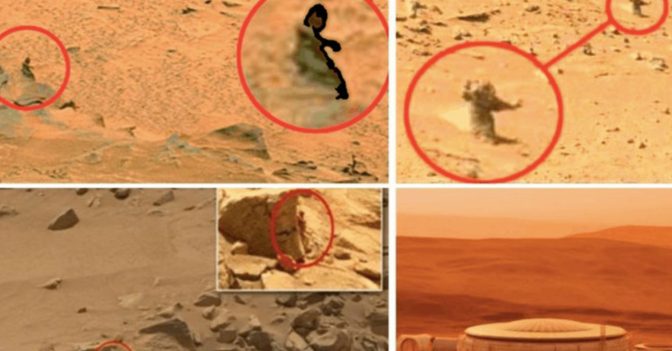