Skip to content
Home Myth Hypnos: God Of Sleep Who Owns Much Of Our Lives In Greek Mythology

In “Theogony,” a Greek poet Hesiod who likely lived around 700 BC, tells about Hypnos, the god of sleep, and his twin brother, Thanatos, the god of death, who the Greeks occasionally saw as a harbinger of a peaceful death. Their parents were Nyx, the goddess of the night, and Erebus, the god of darkness. 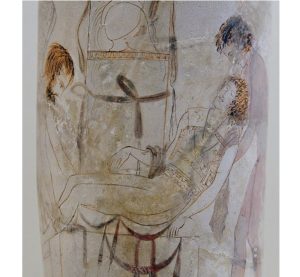 Hypnos and Thanatos carrying the body of Sarpedon from the battlefield of Troy; detail from an Attic white-ground lekythos, ca. 440 BC.

The two divine brothers work in good cooperation, and together, they successfully help humans avoid unnecessary suffering and die peacefully during sleep. Hypnos masters people’s dreams and owns half of their lives, watching over men’s dreams and above all over the gods’ dreaming.

In the “Iliad,” Homeric sleep is a good, sweet, and pleasant thing. It brings rest to the exhausted body and brain and helps to forget sorrows.

But sometimes, sleep can also be dangerous when it occurs at the wrong time and place, especially when action is urgently needed. Patroclus, the friend of Achilles, puts on his armor and commands the Myrmidons in a battle against the Trojans. Sadly, he is slain by Hector, one of King Priam’s sons. Then, the ghost of Patroclus reproaches Achilles for forgetting his duties towards his dead friend.

In “The Iliad,” Homer (c. 800 -c. 701 BC) wrote that to prevent Zeus from joining the Trojan War, Hypnos put Zeus to sleep. Strongly influenced by the goddess Hera’s power of persuasion, he did what she wanted. Hera and Thanatos could then bring the body of Sarpedon back to his native Lydia. Sarpedon was a Lycian prince and a hero in the Trojan War, killed before Troy’s gates in the battle against the Greeks.

Hypnos successfully outmaneuvered Zeus, and it certainly was a desirable deed, but soon, the father of the gods woke up and knew that he was fooled. He could not even punish Hypnos because “the guilty” already arranged his escape to avoid Zeus’ anger and hid in his mother’s underworld cave.

Hypnos was usually depicted as a young winged man or boy holding poppy flowers in his hand (or in his hair) and an opium horn.

Among other elements related to Hypnos and his work is an opium horn, which allows him to induce sleep in people. 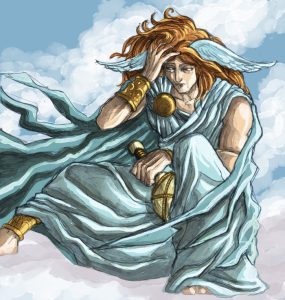 Hypnos was the God of sleep in Greek mythology. Credit: Adobe Stock – matiasdelcarmine

Tradition has it that he lives in a big cave palace in the underworld. Around his home entrance, grow beautiful poppies and other sleep-inducing plants. Around the cave flows the river Lethe (“Forgetfulness”), one of Hades’ underworld’s five rivers. Homer’s version, the master of people’s and gods’ dreams, lives on Lemnos, his private dream-island.

He never sets his eyes on the sun, and the night is his kingdom.

The Greeks believed that the consequence of the Hypnos’ appearance was the spreading of sleep-weariness, after which came the time of peaceful sleep. Everybody respected Hypnos, and none of the deities (much less human beings) could resist his great power.

An important role plays Hypnos in the tale of Selene and Endymion.

In myth, Endymion is a shepherd who admires the night sky and the moon goddess Selene. Selene falls in love with a handsome boy and often watches over him while he sleeps.

Endymion wanted her love to stay that way forever, but there were problems because Zeus did not want to make Endymion immortal, so Hypnos gave him the power to sleep with his eyes open. From now on, Endymion could constantly watch Selene moving across the night sky.

There was also another reason why Hypnos agreed to give him eternal sleep. The god himself could forever look into Endymion’s beautiful eyes and handsome face, and so could Selene.

Legend says that Hypnos travels far and wide across the land and sea with fantastic speed and touches the person’s forehead in question with a branch or drops on the eyes, the liquid he carries in his horn of opium.

It is believed that he had many sons (the Oneroi), but only three of them are considered as gods of dreams: the first is Morpheus, the assistant of his father Hypnos), delivers dreams to all, but with extreme caution applying the dreams of kings and heroes.

Phobetor appears in dreams “in the form of beast or bird or the long serpent” and delivers terrible dreams, can be a source of phobia), and Phantasos is responsible for surreal dreams or fantasy.

All of them still influence our dreams that can be frightening or pleasant, or good and bad. Humans dream, and so do animals because Hypnos and his sons own much of our lives and are with us forever. 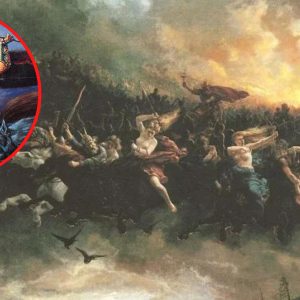 The Wild Hunt – Danger Of Seeing The Phantom Army Of Odin